A quick entry to record the fact that three days after my disasterous “long” run, the snow had thawed and the temperature had reached a balmy 5C, so I decided to give it another go.  What a difference five degrees makes!  This time, the run felt effortless and joyful.  The sky was blue, the birds were singing, other runners smiled at me conspiratorially as we passed on the canal and I felt like Paula Radcliffe again.  The 15 kilometres passed really quickly and effortlessly and I was bang on my target pace.  I wish I had a camera small enough to take with me on runs!  The marshes and wetlands were looking really beautiful, especially as the sun started to go down and reflected off the water. 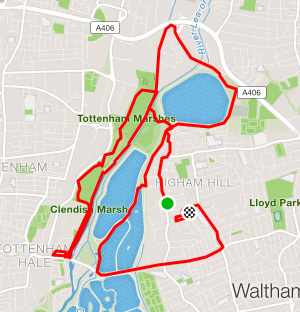 The downside was that I had had to fit this run in between nightshifts, which mean only getting three hours’ sleep and getting out of bed at 10.30am after only going to bed at 7.30am.  The adrenaline from the run just about carried me back to work, but by midnight I had lost the will to live.  There may have been several cans of Monster Ripper consumed.