I haven’t done a long run (I class anything over 10km as long) since the Great South Run – instead I’ve been concentrating on increasing my speed (from “snail” to “tortoise”) and feeling comfortable over short distances.  Various injuries over the last year – in particular, a torn calf and a sewing needle stuck in my left foot in August and September respectively really wiped out my training and I felt like I just needed to build up a decent base again.  Yesterday, I think I proved this by running 5km in 32:49, my fastest ever 5km and even fast enough to beat my friends’ 11 year old daughter (but not their eight year old).

Mission accomplished, it was back to Long Slow Run territory today.  My route was a 12km loop, starting at my home in Higham Hill, into Walthamstow Wetlands via Tottenham Hale, across Walthamstow marshes (the only bit with some little hills), then out on to Lea Bridge Road for a short break at halfway.  I was delighted to see the convenience store on Lea Bridge Road stocked my favourite impromptu running snack, Haribo Yellow Belly Jelly Snakes.  Not only do these deliver the sugar hit much needed by a fatigued runner, there is something quite satisfying about running down the road maniacally chewing the head off a snake and letting its tail dangle out of your mouth. 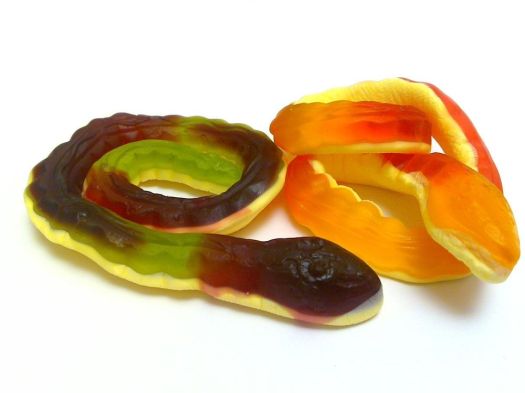 Part two of the run was back up along the canal, past Springfield Park (not up the hill today, though it is one of my favourite places to do hills), the rowing centre and Markfield Park where I took to the pavements of Ferry Lane and Blackhorse Lane.  The weather was horrible for this section – wind and drizzle blowing in my face.   Parts of the towpath were completely waterlogged and freezing, muddy water penetrated my well ventilated shoes (ie. there is a hole in the toe).   Suddenly the “long slow run” pace that I had difficulty limiting myself to at the beginning was too fast and I was barely faster than a walk as I tiptoed around the puddles.  Still, I’ve heard long runs are not about pace but about Time On Your Feet and this was my mantra as I slipped and sloshed my way home.  It took about an hour in a scalding hot bath to get enough feeling back in my fingers to type this post.  Still, I did 12 and a bit km in just over an hour and a half, which is about the pace of the Barcelona Half Marathon sweep up coach (“coche de cierre”).  Barcelona!  I knew I’d forgotten to mention something.  I booked my place in the Barcelona Half this week, and my Black Friday flights to get me there.  I had to pull out last year with two weeks to go and there is no way that will be happening again. 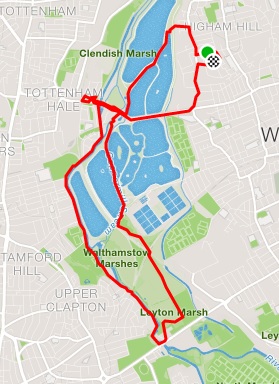 The other thing of note is that today I earned my “50 miles in a month” virtual medal.  It’s the first time since July 2016 that I’ve managed that many miles, and I’m very pleased that I have done so without injuring myself.  It’s scary to think that by the time marathon day comes round I will be doing double that – I already feel like the training is taking over my life!