Running a 5k in 30 minutes is often seen as the holy grail for beginners and talent-deficient runners, and it’s my big goal for the rest of the year.  My current PB is 32:46, set in November 2017 on the running track, so it seems like something I can achieve if I focus on it and don’t do anything stupid like entering another marathon.

Things I need to do to reach this goal:

Part 3 is of course the bit that I have least enthusiasm for.  Six years ago I was actually properly massively fat, so fat that work had to order my uniform trousers in because “we only keep normal sizes in stock” and I said to myself that if I ever lost weight and got down to a normal size where my boobs didn’t touch my stomach and I got to pick my clothes out of the middle of the rail instead of reaching to the back and praying that I would never, ever complain about my weight or being fat again.  I see too many people (mainly women) beating themselves up over imaginary flaws or putting their lives on hold until they were “thin enough” to do this or wear that and I vowed I would never be one of them.  And I did lose the weight!  I started in early 2012 and lost most of it in the next year (I’d like to say that running had a hand in this, but I hadn’t started running seriously by then.  Walking, however, had a massive effect).  By July 2016 I was actually my dream size of a 10-12 and I loved it!  Being able to run without feeling like you were heaving an extra large suitcase full of lard to carry with you!  Not being double the size of my friends in photos!  Feeling that my body was made up of useful things like bones and muscles and not pizzas and ice creams! 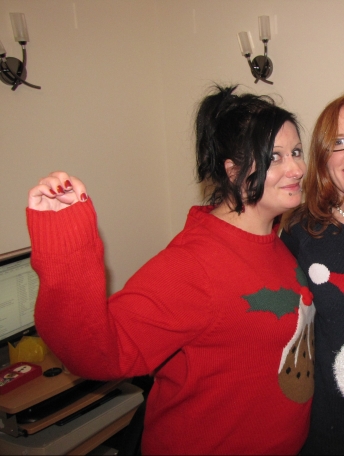 Unfortunately marathon training, as you’ll know if you have been following my blog for a while, had an undesirable effect on my appetite, turning me into one massive sugar craving on legs, walking from shop to shop, shovelling jelly snakes into my gob like there was no tomorrow, and somehow I am 6 kilos heavier than when I started marathon training!!!

The annoying thing now is that the weight at which one is healthy and the weight at which one looks fit posing about in a nice dress is considerably higher than the weight at which one will run their fastest 5km.  If you look at the fastest finishers in any race or parkrun, they will always be skinny, and the runners to towards the back will be heavier.  Most elite distance runners would be considered to be underweight if they weren’t elite distance runners – Paula Radcliffe, for instance, has a BMI of 18.  It seems to me that however much training I will do, I will always be at a disadvantage over slimmer runners, and I feel somewhat resentful that I can’t outtrain my weight, and that being a “normal” size 12-14 isn’t enough to let me fulfil my goals.  Resentfulness is not a great motivator.

But that’s the way it has to be, so step one to my 30 minute 5km is to lose some weight, and I’ll be doing this the same way as I lost 27kg six years ago – using the MyFitnessPal app, eating a balanced diet with lots of (vegan!) protein, brown carbs (not jelly snakes), fruit and veg and a little healthy fat but nothing completely off limits (except animal products, obvs).  I would like to lose between 4 and 10 kilos.  Now I have posted about this on my blog, I actually have to do it.

2 thoughts on “A Weighty Issue”