Tomorrow will be the first day of my fully vegan month!

Before I should start by explaining that I am a bit of a fussy eater. I do not like:

which is unfortunate because people seem to think that vegans love this stuff and I don’t.  I could have ended up living on avocado sandwiches but I made a conscious effort to branch out. 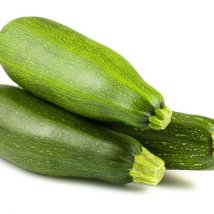 Some examples of thoroughly unsuitable foods that people think vegans like

Additionally, I hate cooking.  Cooking pasta in a saucepan and warming up some sauce in a microwave is about as close as I will get to producing a home cooked meal.  If it wasn’t for the fact that I am bloody starving all the time I could happily give up eating altogether.

Anyway.  I have been vegetarian for nearly a month now and I have hardly noticed the difference.  The only time I felt deprived was when I went to the football and instead of having a hotdog, I had to settle for a manky cheese slice.  There was nothing suitable for vegans at all, of course.  I think being vegan is going to involve some kind of preparation and foresight (as opposed to randomly grabbing sandwiches in triangular packets when hunger strikes and eating them on the tube).

I bought a good book from the Vegan Society called How To Go Vegan which is aimed at tentative vegans and Veganuary participants which explains what you can and can’t eat and suggests that you start introducing vegan food into your diet before you start cutting dairy etc so this is what I have been doing.  I have been diligently instagramming my food which is something I normally disapprove of because it makes you look like a food obsessed fattie but obviously now I am doing it for the animals it is all ok.  (Makes a change from running pictures anyway.)  So without further ado, here are some of my vegan successes! 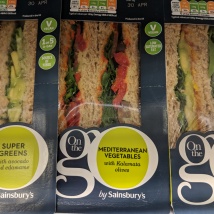 Sainsbury’s had three different vegan sandwiches, and not a courgette in sight!

This is delicious. And also ridiculously unhealthy. Not all vegan food is healthier than its non vegan equivalent.

Coconut yoghurt with fruit and seeds 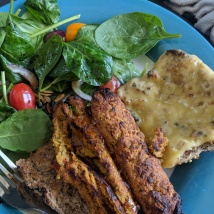 I started off being that vegan cliche and not getting enough protein (my main sources previously were eggs and chicken breasts) but having made a conscious effort to include soya based products like the Vivera burger, tofu and Innocent Protein smoothies the situation has improved somewhat.  I’ve found I’ve been forced to cut out most of the junk that I idly consume from the shop over the road from work because most crisps contain milk and most sweets contain gelatine (which isn’t even vegetarian, let alone vegan).  I have tried to forget the fact that Chilli Heatwave Doritos and Oreos are both vegan.  I am hoping some vague hope that the change in diet will have a positive effect on my waistline (the bloody marathon running certainly didn’t) though I will have to stay away from the Coyo Salted Caramel yoghurt which is basically the vegan equivalent of liquid cheesecake and is very dangerous.

I will update in a few days to let you know how I am getting on.  Hopefully not whilst eating a cheese feast pizza.