What a strange world we find ourselves in.

London is starting to open up.   We have pubs and hairdressers and outdoor pools and soon we will have sports massage and gyms but we do not have parkrun or races or gigs and we have no idea when we will.  Stay at home and save lives is now a thing of the past and it is all about masks.  Remember all the outcry a few months ago because NHS staff didn’t have adequate PPE?  You know what our paramedics were wearing instead?  Surgical masks.  That’s right, the same surgical masks that are now supposed to be keeping everyone safe from harm as they go about their daily lives.  The government say there is “growing evidence” they can help prevent the spread of coronavirus.  By “growing evidence” they mean a couple of memes doing the round on Facebook, and the fact that people in sensible countries that have done a lot better in controlling the virus tend to wear masks.  What people forget is that these countries also implemented an earlier, stricter lockdown, did track and trace properly and crucially actually wear their masks properly (that is, taking on and off with clean hands, disposing hygienically and not wearing it on their chin when they want to have a fag or eat a sausage roll, and realising that their nose is part of their breathing apparatus).  Do you wonder why masks weren’t made mandatory four months ago?  It’s because they aren’t supposed to make us safe.  They’re supposed to make us FEEL safe, so we can happily go to work and spend our money and infect each other and kill vulnerable people who cost the government money.  Boris and co don’t want to eliminate the virus, they want it to keep doing its job and for the public to get the blame for not following the rules.  And sadly the public are playing right into their hands. 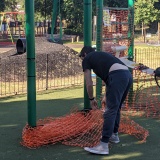 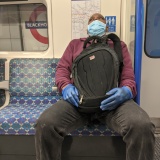 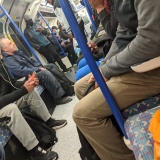 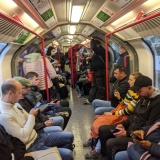 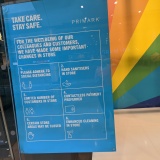 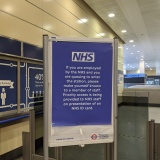 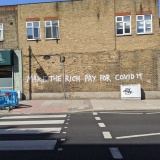 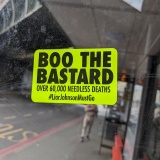 Yet despite the fact that the government are at best incompetent and at worst actively trying to kill us off, and the fact that the public have done pretty much everything in the most dangerous and virus spreading manner possible, that Second Wave that seemed inevitable hasn’t arrived yet.  Admittedly, that’s a big Yet, and the figures aren’t quite dwindling as much as they could be, but when I compare what work was like in March and April to what it is like now it couldn’t be more different.  (I use 999 calls as my benchmark, firstly because I see them with my own eyes and know the government isn’t fiddling the figures, and secondly because there’s less lag – we get the calls from people who are starting to feel ill and panicking, which is an average of five days after infection).  I feel like I’m taking more calls about stabbings than coronavirus at the moment.  We seem to be getting away with it despite doing everything wrong.  Either masks do have a mystical virus warding property when wore on the chin, or perhaps the virus just doesn’t spread too well in warm weather when everyone is outdoors.

I wouldn’t be too surprised if it all kicks off again in November, but we seem to be getting a bit of a reprieve at the moment so I am making the most of it.  I went to the hairdresser (which is the first time I have had any physical contact with another human since I hugged my friend in Scarborough in March).  I found a new flat!  I went to a cafe!  I met friends for a run in Battersea Park!  I drank beer in the park!  I swam for two hours!   I have not yet ventured inside a shop other than a supermarket or Boots and don’t intend to.  I do intend to visit a pub (for a weekday lunch) and am very excited about it.  I think I might freeze my gym membership for another month, though.  There’s no body pump classes yet, and let’s face it, I’ve been doing alright without out. 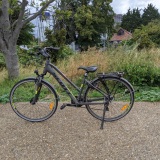 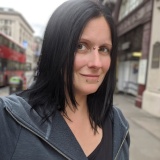 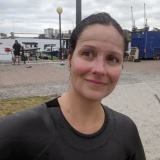 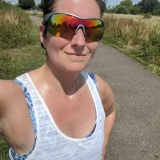 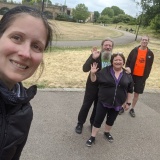 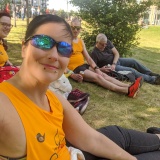 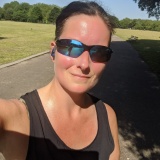 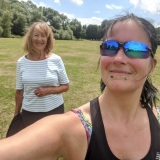 Running!  This is a running blog!  I keep forgetting.  I think the reason I have had very little to say about my running is that it is actually going spectacularly well at the moment.  Thing that go well are not much fun to write about, especially when they don’t even revolve around events.  For a long time I found the lack of events killed my motivation to make any effort to run any faster than a comfortable pace and I began to wonder if I would ever be able to run 5k in under 35 minutes again.  However, I have now got into the habit of pretending it is parkrun every Saturday morning and knocking out a 5k as fast as possible then returning to my usual snail pace for the rest of the week.  And I can indeed go fast (my version of fast, that is) when I put my mind to it.  I have finally ended the frustration of not being to get a sub 35 at Barking with 33:45, I’ve done fifteen laps of Higham Hill park in 33:06, a mutation of the harder RunThrough Olympic Park course in 34:49, a course best at Finsbury Park of 35:38, a 2:47 half marathon and a 2:52 half marathon in 30 degree heat and bright sun.   And July 2020 was my first ever 100 mile month!  And I didn’t injure myself!!

I’m having a bit of a break this month as I did feel the 100 mile month was starting to have an adverse affect on my energy levels and have started concentrating on dragging out the dreaded contraption and learning to spend 2 hours or more in the water at Victoria Dock without getting hypothermia (as it seems my swim races are the only ones likely to go ahead this summer).   I’m hoping that I can get at least one running event in so I can officially demonstrate my current and unlikely-to-be-permanent state of fitness before I injure something or we all get the plague again.

In the words of Katy Perry: