On Monday, 23 March, night the UK went into “lockdown”.  I will admit, because right now I am beyond caring what anyone thinks of me, I was not at home but visiting a friend who had just been released from a two month stay in a psychiatric hospital.  This had been preceded by a two year spell where her mental health was in such tatters I was continually expecting the phone call to say she was dead or in prison.  Most things will be there when the country reopens but I wasn’t sure that she would be, or at least not in her current rational state.  I felt much better once I’d seen her, and as we walked along a deserted lake, I asked her if she was going to be okay with the incoming sanctions.  Her response was “I’ve been in enforced social isolation for years.  Maybe now people will understand what it’s like to be me.”  I think in general, my friends with mental illnesses are dealing with this a lot better than I thought they would, and those of us who are normally mentally well… are not so good.   I have another friend who has agoraphobia and OCD and is absolutely petrified of catching a cold.  I thought this would be her worst nightmare, but actually she’s in her element.  She feels vindicated!  Suddenly everyone else is behaving exactly like her, and she can give them advice because she’s been doing this for years!

Us smug “mentally well” types though… this is a new one on us.   I’m good at not catastrophising – but this is actually a catastrophe.  I don’t worry unnecessarily – but this is not unnecessary.  Everything really is as bad as it seems.  I have a load of activities I can call on and a good support network – but they’ve all been taken away.   I can deal with anything so long as there is some certainty and I know what is going  on, but there is no certainty and no one knows what is going on.

I can’t write too much about work and I would like to make it clear anything I do write is based on my own observations and not any data (and that my perception may be warped by an overriding sense of doom that colours everything I do) and that I do not speak on behalf of my employers, colleagues or anyone except myself.  And with that said, my employment feels like a disaster movie at the moment.  One of those disasters where something is filling with smoke, water or fire, and a lot of people run around desperately trying to find the off switch, while little stories of fuckwittery, kindness and courage spring up all around us.  Right now it seems to me that the biggest source of pressure is public panic rather than people critically ill with coronavirus (though there’s a good number of those too).  There are a lot of people calling who don’t even want, let alone need a trip to hospital.  They want to be told they are going to be okay.  Unfortunately while an ambulance crew is telling them they are going to be okay, someone else could be dying.  Something most people haven’t considered is that if someone has a heart attack, and it takes them 20 minutes to get through to 999 and two hours to get an ambulance, they are far more likely to die than on a normal day.  Coronavirus is killing people who don’t even have it.

My pieces of advice (again, this is my opinion, no one else’s and definitely not a rule) are: 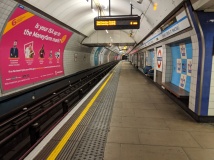 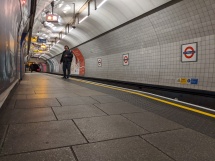 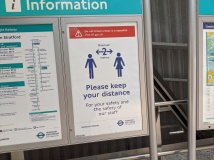 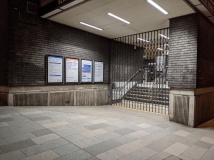 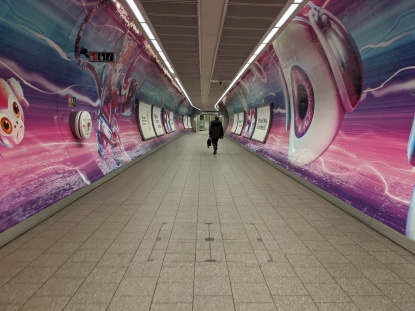 All these photos were taken after the lock down during what would usually be the busiest times of the way. And yes my travel was essential, thank you.

I’m working six days a week at the moment.  I might as well, I have got nothing else to do and a move to save up for.  (My landlord relented and withdrew my notice but still wants me to move as soon as I can).   It’s a funny atmosphere at work.  My colleagues are being a little bit nicer to each other.  The general public keep bringing us cakes, which is a nice gesture, but to be honest I wish they wouldn’t.  The last thing we need is junk food.  This isn’t a birthday party.   I’d rather they bought us a load of pasta/toiletries and perhaps a treadmill for the messroom because no one is getting out much.  I am exhausted and when I get home from work I am too tired to exercise though I have made a few token efforts with Les Mills and running aimless in circles round my house.  It’s taking forever to get to work because there are no trains, and whatever people say about people not observing social distancing, the streets are pretty much deserted.  The only other time I see central London like that is Christmas, and I’ve observed a few times that this is just like all the bad things about Christmas – closures, gluttony, extra work, nothing on the telly – with none of the good, and an added dose of widespread death and disease.  The only people around are the homeless.  I give them more money than usual, after all, I have nothing else to spend it on them and seeing their eyes light up as I hand over a tenner is the best thing that happens to me all day.  There’s daffodils, my favourite flower, growing in the parks.  When people ask me why I like daffodils I always give the same answer: they are a flower of spring; they give me a false sense of hope of renewal and new beginnings.  This has never felt more true than today.  No one sees the daffodils, they’re all inside, waiting for normality to return.

It’s not even been two weeks yet, but this is the new normal.